The expected cast none remained as the entire cast was drawn again, based on the idea of ​​hiring Charlton Heston to assume the role of the Cid. Mann came to think of his wife Sara Montiel for the role of Doña Jimena, rejecting this work and recommended it to Sophia Loren who was finally chosen.

Finally Ivonne Carlo starred with Clark Gable. The female lead was offered to Sara Montiel, I had just brand “Yuma” (1956) and had rolled and “The last couplet”. The unexpected success of the Spanish film made definitively abandon his career in Hollywood.

Film that would be a big success Carmen Sevilla.

Film directed by Miguel Morayta. He was born in Villahermosa (Ciudad Real), 1907. Second was nephew of General Franco and military career, republican. In the civil war defended Barcelona, to lose the war had to flee and ended in Mexico directing films. Carmen Sevilla replaced Sara Montiel, provided protagonist of this work. 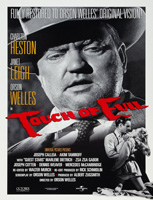 Carmen Sevilla star in the film. 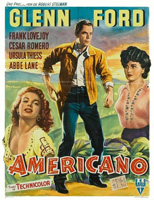 The original choice for the role of Teresa, It Will Be Montiel, had moved a Warner Bros and and was not available after having her contract with RKO canceled to film. Instead entered Abby Lane and all scenes with the character of Teresa had to be re-filmed.

With producer Emiliano Piedra. A project of Jaime Armin. Sara refused to work with Buñuel.