Our beloved Sara had countless times in his childhood, in his beloved home town, Campo de Criptana, in those difficult years of indescribable hardness, hovering and civil war, he always came to mind that humble family in which he was born. His father, farm laborer working around the clock to bring home some wages; and is led by then in this and other tough towns of La Mancha, Calling the farm owners for working the brave men of the place: “amos”. "anca will master ", they used to say.

This is something that Sara never endured, is more, it's something decidedly marked small Antonia for life. That's where a challenge under;

had the dream of becoming a living without having to call "never", anyone in his life, was this long or short, "Love", for the simple reason to work for the.

Antonia never forgot his homeland; his people's soul; su Campo de Criptana. Although his people if they forgot a little. Maybe they were now too repressed to recognize the star that had become this girl Isidoro Abad "The Sleep"; she always remembered his nickname. He remembered with sadness that those fifties and sixties was not very well received in the village, which reminded sad and a little stagnant in the past. Although often visited him privately to see his family, or raw, especially his beloved Manuela.

Or spent the odd day home from Enrique Alarcón. But it was always very short stays, still with that vague but bad memories of the people of the "masters" of his father. It did not help much when their work is recognized worldwide; and sites like his adopted people Orihuela made him a great tribute recognizing it as Adoptive daughter; His people still unreacted. 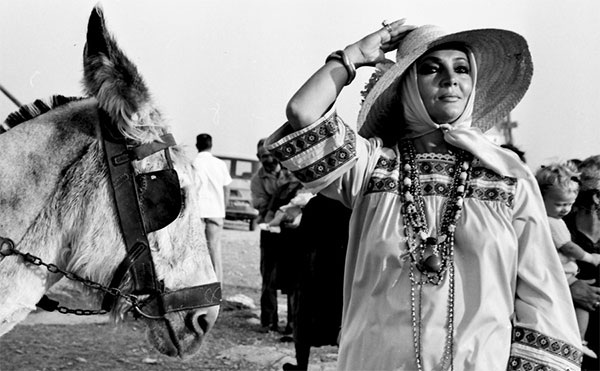 A late 70 Also his people finally remembered her, and already in the eighties, a tribute began to do justice; a plaque was placed in his birthplace. Later a street named after him; was recognized as a favorite daughter. Through his people he was also awarded the Medal of Castilla la Mancha; or the Gold Medal of Merit at Work.

In one of the last private visits that Antonia had with several friends including myself I honor; spent more than two weeks in his village. (had never spent so much time here); visited with her all the neighboring towns, por supuesto todos los rincones de Criptana, travel with her to visit bonuses not seen to years; eg Vicenta in Cinco Casas; I was impressed that he knew almost all cases get home; and when you get talking to them as if he had seen the day before. One of the last days of his stay in Criptana; walking with her through the Sierra Mills; stood; It was a long time watching sunset in the distance of that sea of ​​La Mancha; and at the end I utter a phrase that was left engraved in the depths of my mind and my heart: (Boys; how beautiful it all ... ..). 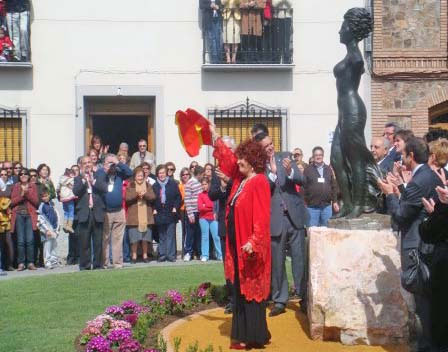 Soon we realized that this journey back to the root; to earth; It was their farewell. He returned after a Criptana course, but in a more superficial way if possible. I always love to his people; its Mancha; over time past resentments forgot, and of course his people also love her, and continues. As said the old tiles on the doorpost Culebro- mill that houses the museum; will be our eternal muse.

We were was a abrileño Monday, as the song says the Reliquary; a 8 April, Almost a month after his 85 years old. After leave a unique legacy to stay in history as the greatest artist who has ever given this place. People also love Antonia, left us his memory, friendship, his unique energy; and especially the certainty that ... 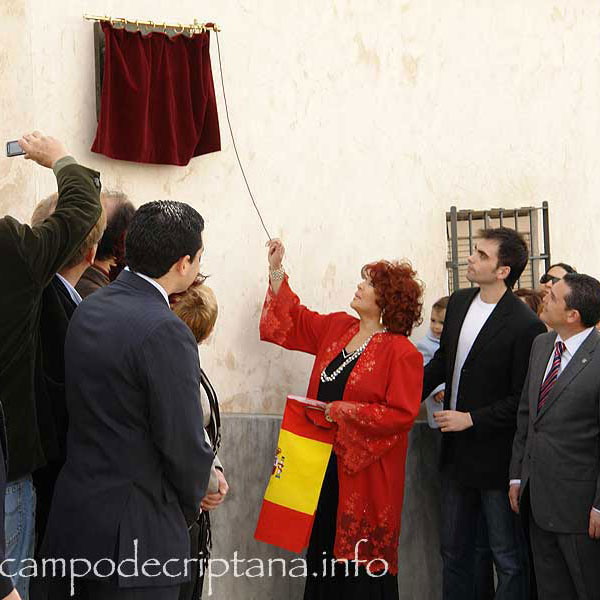