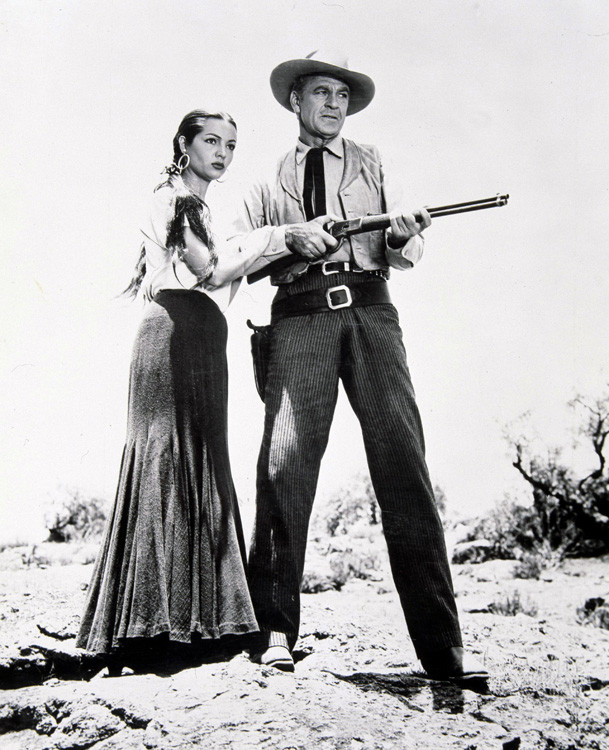 His interpretations in Jail for women and Cinnamon Skin they opened the doors for Sara Montiel to enter Hollywood in 1954. There she would become the first Spanish artist to be successful., working with several of the greatest figures of the Star-system of the time as Gary Cooper, Burt Lancaster, Joan Fontaine y Vincent Price.

His first job in the "Mecca of cinema" was in the western Veracruz, directed by Robert Aldrich with a roster of famous actors such as Gary Cooper, Burt Lancaster, Denise Darcel, Cesar Romero, Ernest Borgnine y Charles Bronson. With Veracruz, where she played a beautiful and temperamental Mexican guerrilla, Sara Montiel achieved popularity ratings that a Spanish artist had never had. In the credits of this tape he appeared with the name of Sarita Montiel, and so it would appear in his other Hollywood jobs, where it came to be nicknamed "The latin bomb".

According to various sources, the actress received a standard seven-year contract extended by Harry cohn, American business mogul Columbia Pictures, but she rejected it because she feared that an exclusivity agreement would pigeonhole her in Hispanic roles. Thus, Her next jobs were as an independent actress for different production companies, and when the time comes, she would be free to return to Spain without remaining tied to a contract. 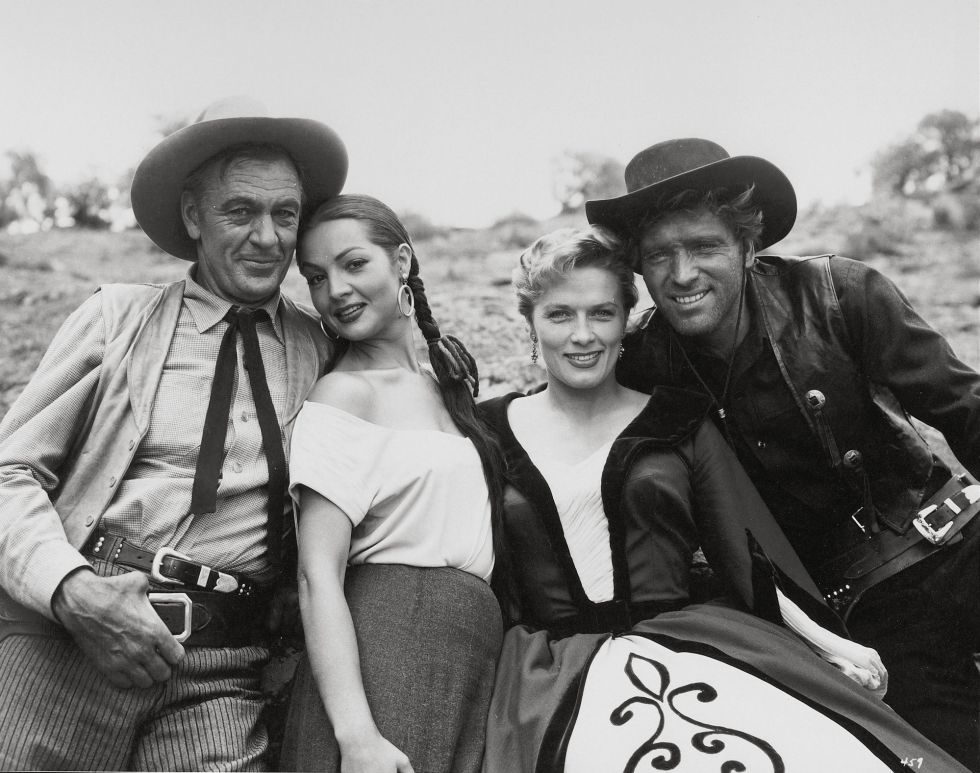 His second job in the United States was the musical film Serenade (known in Spanish as Serenade or Two passions and a love), based on an account by James M. Cain and starring tenor and actor Mario Lanza. He said that he chose Sara as a partner because his daughter Colleen saw her in a Mexican magazine and gave her opinion: "She is the most beautiful woman I have seen in my life". The cast of Serenade included two stars already legendary: Joan Fontaine y Vincent Price. Filming started with a bad relationship between the two main actresses, which in a way reflected the tension of his characters: in a memorable scene, Sara gives some bullfighting passes and threatens Joan by pointing a rapier at her. Fortunately, the Spanish actress won the friendship of the American diva with a compliment: during the taking of some close-ups where Joan Fontaine did not appear, Sara begged him to stand before her, in order to better feel the emotions of the scene. They became friends, and Fontaine would help her land her next role. During the filming of this production Sara Montiel met who would be her first husband, Anthony Mann, the director of the tape, and in the breaks he dealt with Elizabeth Taylor y James Dean, who filmed Gigante on a nearby set.

During a brief stay in Spain, Sara shot The last couplet, and without waiting for its premiere, He returned to the United States to tackle his third film in Hollywood, this time for the company RKO Pictures: Run of the Arrow de Samuel Fuller (film that in Spain was titled Yuma). This film was produced by Joan Fontaine's husband, who interceded so that Sara obtained the only relevant female role. Here she played a Sioux Indian and had Rod Steiger as companions, Ralph Meeker, Brian Keith and again to Charles Bronson. Director Samuel Fuller recounted that Sara quickly hit it off with the royal Indians who participated in the film as extras.; in a short time he got on with them, which caught the attention of Clark Gable, who was filming another movie in a nearby place and went to meet the Spanish actress. Another curious fact is that according to some sources, Sara's voice was voiced by young actress Angie Dickinson.